Other outings which OOSL have organised are:-
Isabella Plantation, Richmond Park - May 2016 (photo below) 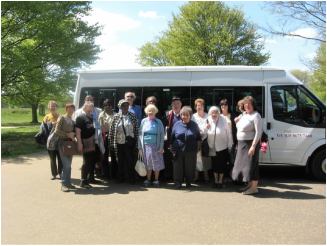 During 2015, we organised the following outings for our members:-

in 2014, we organised the following outings for our members:-

﻿﻿To see a selection of the photos from the above 3 events/outings, please click here﻿﻿ 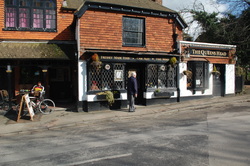 OOSL members enjoyed an enjoyable visit to this country pub

﻿To see a selection of photos from the event, click here﻿

This event was free of charge to OOSL members and friends
- as well as users of the Woodlawns Centre, SW16 (replacing its regular activities + lunch)
Tea and biscuits were served on arrival. NHS practitioners were on hand to give short presentations
on various aspects of keeping warm and well in winter - as well as offering packs and information leaflets to
take home.  There were updates on OOSL's work, information on forthcoming outings, an opportunity to put forward ideas
- and details of how to get involved. A hot catered buffet lunch was provided by a local caterer to everyone present.

To see a selection of photos from the event, click here

OOSL members enjoyed a guided tour of this fascinating museum in Kennington, SE11.


To see a selection of photos from the event, click here 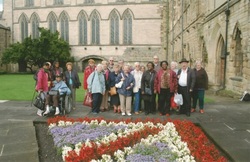 This holiday was organised for OOSL by respected tour operator David Urquhart.